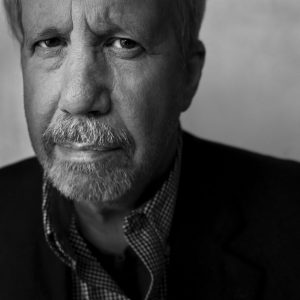 Alan Zweig began his professional career as a cab driver, which he did for 16 years, putting himself through film school and occasionally getting a gig in the transportation department of the film industry where he got to drive Big Bird and Peter Fonda among others. Somewhere in there he taught himself to write and got a couple of jobs in episodic television. He also acted in some friends’ films. And occasionally he got to make a film himself. He decided to try his hand at documentary film when he saw what his friend’s hi-8 camera could do and thought it might be fun to make a film by himself. The result of that exploration was a film called Vinyl which premiered at Hot Docs in the year 2000 and earned him a permanent place in the pantheon of late bloomers. In the last 20 years he’s made nine more feature documentaries, which often dealt with autobiographical themes as well as people on the margins of society.

Where were you born, where did you grow up, where do you live now?
Born, grew up, live in Toronto.

First film you made, and where and when?
First film I made by myself was in 1973, it was about the Primal scream, on super 8 and i did it so as to get out of writing an essay.  It does not survive. The first film that exists still was in 1975 on 16 mm, 9 minutes, it’s called Trip Sheet and it was my attempt to make an experimental film.

Latest film you made, and where and when?
Latest film is called Coppers it’s a feature documentary and it can be streamed on the TVO website.

Describe your current living space.
I live with my girlfriend and my daughter in a rented house in Bloor West Village.

In the history of cinema whose isolation move would you want to see?
John Cassavettes.

Worst thing about being in isolation?
Trying to home school my daughter.

Best thing about being in isolation?
It justifies, to some degree, my laziness and obsession with television.

Favourite music to listen to in isolation?
Since I always listen to my records by myself, I would say all of them.

Favourite movies to watch in isolation?
It’s not a movie exactly but I have found that the incredible sadness of the new series I Know This Much is True. It has had an interesting impact on me given the sadness of the period.

What’s the last best thing you cooked?
Grilled cheese with pepperoni for my daughter. I have perfected it. And red lentil soup for the adults.

Any other question you’d like to answer?
Why are you doing this? To force myself to finally learn how to use an editing program.