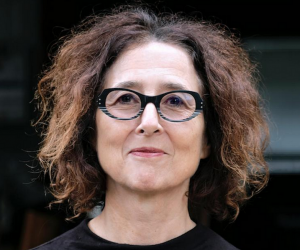 Brenda Longfellow is an award-winning filmmaker, writer, film theorist and Professor of film Production at York University. Her productions have been screened and broadcast internationally, winning prestigious awards including a Canadian Genie for Shadowmaker/ Gwendolyn MacEwen, Poet (1998) and the Grand Prix at Oberhausen for Our Marilyn (1988), the feature-length drama Gerda (1992), on the life and times of Gerda Munsinger; A Balkan Journey/Fragments From The Other Side of War (1996)); and Tina in Mexico (2002), a feature documentary on the silent film star and avant-garde photographer Tina Modotti. Dr. Longfellow has published numerous articles on feminist film theory and Canadian cinema in CineTracts, Screen, CineAction and the Journal of Canadian Film Studies. She is a co-editor of the recent anthology Gendering the Nation: Canadian Women Filmmakers, and a co-editor of the anthology The Perils of Pedagogy: The Works of John Greyson (2013).

Where were you born, where did you grow up, where do you live now?
I grew up in Copper Cliff, a small mining town in Northern Ontario, under the shadow of the superstack. I have lived in Toronto for the past 30 years.

First film you made, and where and when?
The first film I made was for an anti-poverty group in Ottawa called the Ottawa Tenants Council in 1980. It was the era when the government mandated that cable companies had to provide public access and we used that to second a camerawoman, editor and access to an editing room at the local cable station. We did a whole series of videos on women and violence, women and poverty, women and money etc. on one-inch video tape. I thought I was going to be a Marxist-feminist labour historian but this process converted me to the joys of filmmaking.

Latest film you made, and where and when?
Offshore is an interactive documentary that explores the long fallout from the Deepwater Horizon disaster that happened in 2010 in the Gulf of Mexico. We shot in Louisiana and worked with an awesome Toronto design company, Helios Design to create an immersive experience. We made Offshore because (at the time) the frontiers of non-conventional oil were proliferating and as a society we seemed incapable of addressing the oncoming climate disaster.

Describe your current living space.
We had already rented our house in Toronto in anticipation of relocating to Vancouver to start work on a project. So my partner, grown daughter and dog have re-located to our cottage. We are ridiculously privileged, it’s small but we each (with the exception of the dog) have our own work-spaces and the only drawback is slow upload speeds on country internet. If it stops snowing, we’ll enjoy the outdoors.

What Canadian would you challenge to make an isolation movie?
I would challenge Stacey Donen.

In the history of cinema whose isolation move would you want to see?
Chantal Akerman or Agnes Varda, who knew how to make the personal political with compassion and deep inventiveness.

Worst thing about being in isolation?
Profound anxiety about the world going to hell in a handcart.

Best thing about being in isolation?
Having our beautiful, sunny dispositioned daughter living with us, who hasn’t lived with us for ten years.

Favourite music to listen to in isolation?
FIP, French internet radio: no commercials and a fabulous mixture of everything from Billie Holiday to opera, French hip hop and world beat.

Favourite movies to watch in isolation?
Movies, that is so old fashioned, at this cabin we’re into binge watching series like Unorthodox, Run, High Maintenance, Unbelievable but have loved films like The Assistant, by Kitty Green.

Any other question you’d like to answer?
When will it be over??????