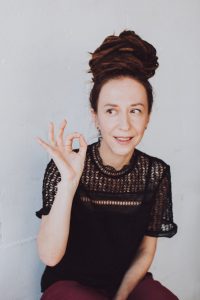 Ingrid Veninger holds an MFA from York University and has been a full-time faculty member in the Department of Cinema and Media Arts since 2019.

Born in Bratislava and raised in Canada, Ingrid has been celebrated as “the DIY queen of Canadian filmmaking” (Liam Lacey, The Globe and Mail). Since 2008, she has produced eleven feature films with premieres at TIFF, Rotterdam, Locarno, Slamdance, Whistler, Rome, Hot Docs, Karlovy Vary, and MoMA in New York. With retrospectives of her work in Ottawa at the Canadian Film Institute, and in Santiago at FEMCine, Ingrid received the WIFTS International Visionary Award, the Alliance of Women Film Journalists EDA Award for “Best Director” and the Jay Scott Prize awarded by the Toronto Film Critics Association. A member of the Directors Guild of Canada and participant in the inaugural TIFF Studio, Berlinale Talents, and Rotterdam Producer’s Lab, Ingrid has been a mentor at the Canadian Film Centre and Screenwriter-in-Residence at the University of Toronto.

Where were you born, where did you grow up, where do you live now?
Born in Bratislava, Slovakia. Have lived in Toronto, Ontario for most of my life.

First film you made, and where and when?
My very first film was a collaborative 8mm school project, involving 4 girls from my grade 7 class at Jesse Ketchum Public School. Title: DANCE.

Latest film you made, and where and when?
The latest project is an international collaboration, involving 9 female filmmakers isolating in different parts of the world. Title: ONE(NINE). Currently in post-production.

Describe your current living space.
Too many midges. Wild rabbits in the backyard. Big trees. Spiders on the ceiling, so I sleep on the bottom bunk.

What Canadian would you challenge to make an isolation movie?
Nettie Wild.

In the history of cinema whose isolation move would you want to see?
Gena Rowlands with John Cassavetes.

Worst thing about being in isolation?
Not being able to see my family.

Best thing about being in isolation?
Finally committing to watch The BBC Shakespeare Collection (37 DVDs).

Favourite book to read in isolation?
Anything written by James Baldwin.

Favourite movies to watch in isolation?
Anything directed by Anges Varda.

What’s the last best thing you cooked?
I don’t cook.