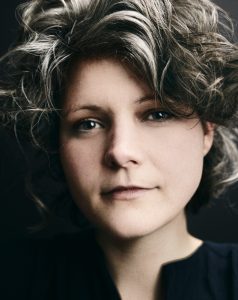 Jacquelyn Mills is a filmmaker whose work often explores the healing qualities that arise from a connection to the natural world. Her current 16mm documentary project Geographies of Solitude is supported by Sundance Documentary Fund. Jacquelyn’s first documentary In The Waves (2017) premiered at Visions du Réel, was awarded Grand Jury Prize (New Hampshire International Festival), Best Medium Length Documentary (RIDM), Best Documentary and Best Edit (FIN), and had a release at TIFF’s Lightbox Series. Jacquelyn has also worked as Editor, Director, DOP and Sound Designer on award-winning films for the National Film Board of Canada and various independent production companies such as Lisa Pictures, Grassfire Films and GreenGround Productions. She has most recently been immersed in hand-processing film with organics.

Where were you born, where did you grow up, where do you live now?
I was born and grew up in Cape Breton, Nova Scotia. I am now based in Montréal.

First film you made, and where and when?
VHS movies at around 10 years old. I remember being enthralled with making objects appear and disappear, with extreme close ups and attempts at in-camera soundtracks.

Latest film you made, and where and when?
I am currently editing my latest feature documentary Geographies of Solitude.

Describe your current living space.
A very old home on the edge of a fishing village.

What Canadian would you challenge to make an isolation movie?
Benjamin Taylor.

In the history of cinema whose isolation movie would you want to see?
Chris Marker, Buster Keaton, Werner Herzog.

Worst thing about being in isolation?
Not hugging. The news. The unknown.

Best thing about being in isolation?
Slowness. Reading on empty beaches. No sounds of planes. Deer walking down the road. The unknown.

Favourite music to listen to in isolation?
My grandfather’s.

Favourite movies to watch in isolation?
At the moment, re-watching Three Colors Trilogy.