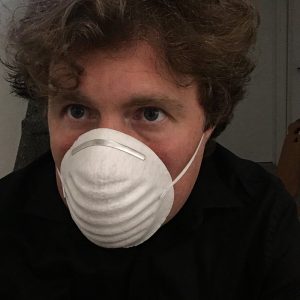 Jeffrey St. Jules is the first Canadian to have been selected for the Cannes Festival Residence where he developed his feature film debut, Bang Bang Baby. Bang Bang Baby premiered at TIFF where it was awarded Best First Canadian Feature. It was also the winner of the top prize at the Santa Barbara Film Festival and the award for outstanding debut feature at the Canadian Screen Awards.

He has been described as ‘Canada’s master of the surreal short form’ by The Globe and Mail and ‘One of the most brazenly original voices to come out of Canada in the past 10 years’ by TIFF. His much lauded shorts include The Sadness of Johnson Joe Jangles, which played over 40 festivals worldwide, The Tragic Story of Nling, which was selected for the Sundance Film Festival and named the best short film of 2007 by Film Threat, and Let the Daylight into the Swamp, an experimental 3D documentary which was nominated for a Canadian Screen Award and won Best of the Festival at the Yorkton Film Festival. All three films had their premiere at TIFF. He is currently in post-production on his second feature film entitled Cinema of Sleep.

Where were you born, where did you grow up, where do you live now?
I was born in Montreal, I grew up in Fall River, Nova Scotia and I live in Toronto.

First film you made, and where and when?
Warren and the Window – at Concordia University in 1998.

Latest film you made, and where and when?
Cinema of Sleep – we shot in Winnipeg.  We finished in December.

Describe your current living space.
A semi-detached house with backyard.

What Canadian would you challenge to make an isolation movie?
My kids.

In the history of cinema whose isolation move would you want to see?
Federico Fellini.

Worst thing about being in isolation?
It’s not that bad.

Best thing about being in isolation?
It’s not that good either.

Favourite book to read in isolation?
Currently reading the book – ‘Between Everything and Nothing – The journey of Seidu Muhammed and Razak Iyal and the quest for asylum.’

Favourite movies to watch in isolation?
Lord of the Rings.

What’s the last best thing you cooked?
I smoked some ribs on Sunday.  They were good.