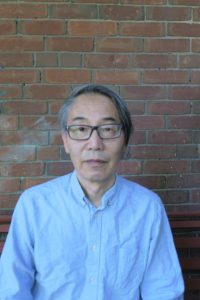 Keith Lock’s high school film, “Flights of Frenzy”, won the Best Super 8 award at the UNESCO 10th Muse International, Amsterdam,1969. His experimental feature, Everything Everywhere Again Alive, 1975, screened in TIFF’s Retrospective of Canadian Cinema,1984, A Brighter Moon, was nominated for a Gemini Award for Best Short Drama,1987, The Road Chosen: The Lem Wong Story, received the NFB Innoversity Conference Award, 2002, The Dreaming House, 2005, received Best GTA Filmmaker Award at the Toronto Reel Asian International Film Festival. More recently, he created The Secret, 2017, a 360 Virtual Reality prototype for the NFB. Keith was cinematographer for Michael Snow’s, Both Sides of the Story, voted one of TIFF’s 150 Essential Works of Canadian cinema, 2017. Currently he is in development with a new feature film, All the Stars We Can Not See.

Where were you born, where did you grow up, where do you live now?
All in Toronto, Canada.

First film you made, and where and when?
Flights of Frenzy, 1969, made with Jim Anderson. Toronto.

Latest film you made, and where and when?
“The Secret,” 360 Virtual Reality, prototype for NFB Toronto, 2017 — I’ve been writing screenplays more recently.

What Canadian would you challenge to make an isolation movie?
Prefer not to say 😉

In the history of cinema whose isolation move would you want to see?
Louis Lumiere.

Worst thing about being in isolation?
Financial contingencies, and also not being able to talk to people in person.

Best thing about being in isolation?
Streets empty of cars and people walking on streets. Spending time with family.

Favourite music to listen to in isolation?
My iPod.

Favourite movies to watch in isolation?
Anything that’s good. Been watching more TV series than movies.