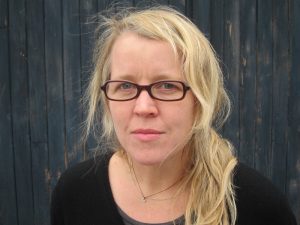 Kelly O’Brien is a mother and independent filmmaker living in Toronto. Her short diary films have screened internationally and online for NY Times Op-Docs. Her live documentary performance/family slideshow, Postings From Home, based on a decade’s worth of Facebook posts, has been featured at documentary festivals throughout Canada, including Hot Docs in 2018. She’s currently adapting it into a feature film with the NFB. She received an MFA in film production at York University and is now, very slowly, pursuing a PhD in Environmental Studies at York University.

Where were you born, where did you grow up, where do you live now?
Vancouver. Vancouver. Toronto.

First film you made, and where and when?
First Comes Love. Toronto/SHE-TV/MacLean–Hunter Cable TV. 1997

Latest film you made, and where and when?
I’m not sure they count as “films” but I make very short videos, snapshots of daily life, and post them on Facebook pretty regularly.

What Canadian would you challenge to make an isolation movie?
Without sounding trite everyone should make something about this experience. It’s a good way to try to make sense of these unprecedented times.

In the history of cinema whose isolation move would you want to see?
I loved watching Maren Ade’s film Toni Erdmann during isolation. I would love to see her movie.

Worst thing about being in isolation?
The constant worry about family, friends and the world in general.

Best thing about being in isolation?
Park walks and sometimes feeling closer to my kids.

Favourite book to read in isolation?
I haven’t had the concentration to read. I’m too scattered and anxious. I have a stack of books by my bedside just waiting, but I listened to an interview with Ta-Nehisi Coates the other day and I think I’ll re-read Between The World and Me first.

Favourite music to listen to in isolation?
Anything that makes the kids dance: Hamilton, ABBA, Ella Fitzgerald, Selena Gomez…

Favourite movies to watch in isolation?
Anything with a happy ending.

Favourite meal in isolation?
Emma has been making gourmet dinners (that require more patience than I will ever have) since isolation began. So far, I like her slow cooker BBQ pulled pork recipe the best with pickled onions and homemade BBQ sauce inside buns from Sud Forno.