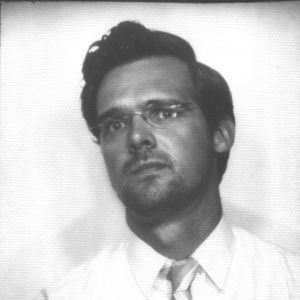 Matthew Rankin studied history at McGill and Université Laval. He is the director of multiple shorts and one feature, which have variously screened at Sundance, Cannes Critics Week, the Berlinale, SXSW, Annecy, TIFF and the Festival du nouveau cinéma. He has been an artist in residence at the MacDowell Colony, the Corporation of Yaddo and the Klondike Institute of Art and Culture. His most recent film The Twentieth Century was awarded the 2019 Best Canadian First Feature prize at TIFF and the FIPRESCI prize at the 2020 Berlinale Forum. He works in French, English and, increasingly, Esperanto.

Where were you born, where did you grow up, where do you live now?
Winnipeg / Winnipeg / Montréal

First film you made, and where and when?
An animated segment about elbows and knees for the Canadian permutation of Sesame Street, in Winnipeg, when I was in high school.

Latest film you made, and where and when?
In February, I finished a series of nine 16mm hallucinations for the National Parks.

Describe your current living space
COVID has stranded me in my mother’s house, where I grew up, in Winnipeg.

What Canadian would you challenge to make an isolation movie?
Sophie Bédard Marcotte.

In the history of cinema whose isolation movie would you want to see?
Franklin Pangborn. And Elaine May.

Worst thing about being in isolation?
Mega-death and no hugs.

Best thing about being in isolation?
Quietness and vast swathes of time in which to practice speaking Persian.

Favourite book to read in isolation?
The essay “Nothing Personal” by James Baldwin. This, and the journal of Alexander Begg.

Favourite music to listen to in isolation?
“The Explosive Sonics of Divinity” by Kjartan Sveinsson. This, and the Afghan Elvis, Ahmad Zahir.

Favourite movies to watch in isolation?
I devoured the entire Kelly Reichardt canon. The best film I have watched in quarantine is unreservedly Reichardt’s First Cow.
Denis Côté insisted I watch Vase de noces (Thierry Zéno, 1974) and I am permanently altered. Also been gazing deeply into all the films Bergman made about his parents.