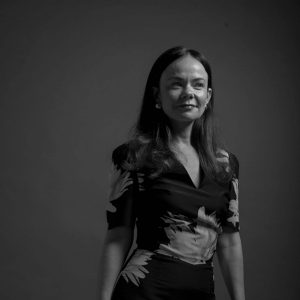 Nadia Litz was born in Winnipeg and is currently living and isolating in Toronto. A writer/actor/director, her recent projects include the short film How to Rid Your Lover of a Negative Emotion Caused by You! and the feature The People Garden, starring Dree Hemingway and James LeGros. Her next feature The Story of Polly Childs As Told By Her Enemies was recently awarded Harold Greenberg and Telefilm development funds.

– where were you born, where did you grow up, where do you live now?
Born in Winnipeg, live in Toronto/LA.

– first film you made, and where and when?
Something in college

– last film you made, and where and when?
The People Garden

– what Canadian would you challenge to make an isolation movie?
Floria Sigismondi/David Cronenberg

– In the history of cinema whose isolation move would you want to see?
Probably David Lynch

– worst thing about being in isolation?
News of people losing their loved ones without being able to say goodbye to them. News of people dying alone.

– best thing about being in isolation?
The feeling that mama nature is getting some much-needed respite from our destructive ways. Hasn’t the sky looked more blue?

– favourite book to read in isolation?
Anything by Joan Didion.

– favourite music to listen to in isolation?
Nick Cave’s Ghosteen and Relax: A Liquid Mind Experience

– favourite movies to watch in isolation?
Everything on TCM