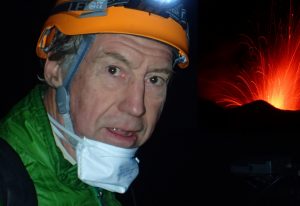 Peter Rowe, as a director, producer and writer has made over 190 films including eight features and numerous episodes of dramatic and documentary television, many chronicled in his memoir Adventures in Filmmaking (available on amazon).

In 2019 he created a new interactive short film, Art War in which the audience participates as part of a blind jury for an art academy whose decision could save the lives of 80 million people.

His new book, Music vs The Man will be published by Armin Lear Press in October, 2020.

Where were you born, where did you grow up, where do you live now?
I was born in Winnipeg, and have spent most of my life in Toronto, but have also lived for some years in each of Hamilton, South Africa and Los Angeles.

First film you made, and where and when?
I made or photographed a number of films in the late 1960s. My first feature was The Neon Palace (1970), which had a decent run in theaters in Toronto, Vancouver and Montreal.

Describe your current living space
Great rental condo from which on a clear day I can see the mist rising above Niagara Falls, 90 miles to the south.

What Canadian would you challenge to make an isolation movie?
Sophie Grégoire Trudeau

In the history of cinema whose isolation movie would you want to see?
Mae West

Worst thing about being in isolation?
I’m not complaining; others have it much worse than me.

Best thing about being in isolation?
It’s been a good period for me. I got this film made and got a publication deal for my new book, Music vs The Man.

Favourite book to read in isolation?
I’ve read dozens; probably the most fun was Louie Louie: The History and Mythology of the World’s Most Famous Rock ’n Roll Song

Favourite music to listen to in isolation?
Randy Bachman’s choices are always a good bet

Favourite movies to watch in isolation?
I have now seen Tom Hanks’ Greyhound twice. Great film. Instead of having to schlep to the theater, because of the lockdown I watched it for free on my IPad. But poor Cineplex. My word, what a disaster for them.

Favourite meal in isolation?
Best thing about the crisis is that kind people pick up my groceries for me. I do the cooking – my usual standards. Broccolli with everything.

What’s the last best thing you cooked?
Banana Pancakes. BTW, Barbra Streisand says the thing she hates most about Donald Trump is that he makes her so mad she has to go and eat pancakes – and pancakes make her fat.

Any other question you’d like to answer?
Is that my real voice in the film? Yes, it is – acquired from ingesting sulphuric acid while filming a volcano in the South Pacific. When you’ve got a lemon, make lemonade.