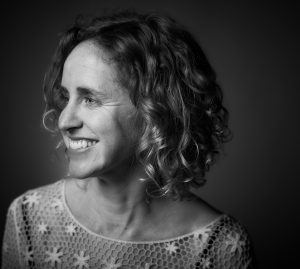 Robin McKenna’s feature documentary GIFT, inspired by Lewis Hyde’s classic bestseller The Gift, opened in theatres in 2019 (“Elliptical, poetic, and visually arresting.” –The Boston Globe). Her newest film Thanadoula, a short animated documentary co-produced with the NFB, will premiere in festivals in fall 2020. Robin grew up in Montréal and began making films with La Course destination monde, travelling around the world alone with a camera making short, creative documentaries. Her cinematography credits include City of Borders (Berlinale, Hot Docs 2009) and The Take with Naomi Klein and Avi Lewis (AFI Best Documentary 2004). In 2018 she directed Geneviève Bujold: Art=Vie, a short film tribute on 16mm, for the Governor General’s Awards for the Performing Arts. She is currently finishing Medicine, a feature-length doc about ayahuasca, medicine and healing with Dr. Gabor Maté.

Where were you born, where did you grow up, where do you live now?
Born and raised in Montréal, QC. Currently based north of Toronto in Pottageville, ON.

First film you made, and where and when?
Montreal, 1997, short film portrait of my 90-year-old Communist friend, Irene Kon – my application film for La Course destination monde.

Latest film you made, and where and when?
Thanadoula, a short animated magical-realist documentary about an end-of-life doula, sisterhood and the crow as messenger between the worlds of the living and dying. Created in Montréal, with incredible artist-collaborators. In festivals this fall.

What Canadian would you challenge to make an isolation movie?
Élise Simard, Sophie Deraspe

In the history of cinema whose isolation move would you want to see?
John Cassavetes

Worst thing about being in isolation?
Missing friends, community. Launching new film virtually, missing the festival fun. Having a baby and not being able to gather with people and celebrate.

Best thing about being in isolation?
Forced slowdown, less busy-ness, no airports and airplanes. Developing a more intimate relationship with where I find myself.

Favourite book to read in isolation?
When Women Were Birds, Terry Tempest Williams

Favourite music to listen to in isolation?
Funky music you can dance around the kitchen to

Favourite movies to watch in isolation?
Been checking out some weird experimental festival docs on DAFilms.com (when my partner has the patience for it!)