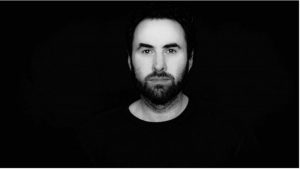 Traversing the borders of narration and abstraction, Solomon Nagler’s film work invites us to explore the inner-selves of the characters he presents. Landscapes and symbols are continually blended, raising questions of identity and internal memories. His work also includes 16mm celluloid installations that engage with experimental architecture in galleries and public space. Originally from Winnipeg, he is co-founder of WNDX: Festival of the Moving Image. In 2017, he co-edited Sculpting Cinema with Melanie Wilmink, a survey of contemporary Canadian expanded cinema practices that was published by the Pleasure Dome in Toronto. Their new collaborative publication Landscapes of Moving Image: Prairie Artists’ Cinema will be released by WNDX in 2020/2021. He currently lives in Halifax where he is a professor of film production at NSCAD University.

Where were you born, where did you grow up, where do you live now?
I was born in Winnipeg and spent half of my life there. After moving frequently, with temporary homes in Vancouver, Warsaw and Montreal, I settled in K’jipuktuk/Halifax.

First film you made, and where and when?
My first film was made in Winnipeg, under the auspice of the Winnipeg Film Group’s Basic Filmmaking Workshop in 1998. It was called M.O.Y., and to my surprise, it was programmed into a few Canadian film festivals.

Latest film you made, and where and when?
I just completed a film in Warsaw, Poland called Closing on Unrest. This 16mm film is a counter monument for five unmarked mass graves in the forests of eastern Poland. The film consists of super8 footage and 16mm phytograms generated from flora on site – exposed and processed in situ. My research was completed in partnership with the Zapomniane Foundation, who document unmarked mass graves.

Describe your current living space
We are very privileged to live in a 145-year-old wooden house in the North End of Halifax. Our whole space has been transformed into a multidisciplinary studio/play space for children and parents. We have a garden where we spend most of our time homeschooling.

What Canadian would you challenge to make an isolation movie?
Alexandre Larose.

In the history of cinema whose isolation move would you want to see?
Andrei Tarkovsky.

Worst thing about being in isolation?
My body has betrayed me during these times of isolation. There is a simmering fury that bubbles under the surface of a calm disposition that protects and comforts the anxiety of my child. This anxiety manifests beyond my waking self, into my body as stomach ailments and insomnia.

Best thing about being in isolation?
Gaining intimate knowledge about how my child Zev’s mind works. I recognize so many shared idiosyncrasies of creative minds. I’m grateful for this intimate time together, and with this new insight, I can help Zev navigate through the privileges and pitfalls of being an emotional thinker and learner.

Favourite book to read in isolation?
I have completely immersed myself in the volumes of Yiddish Folktales that I have in my library. Stories include documentation of supernatural phenomena in the Shtetl, and legends about Wonder Rabbis who write allegorically during times of unimaginable crisis. One story collected by an anonymous ethnographer inspired the title of this film. It documents the chants and prayers delivered by followers of a Tzadik (holyman, often attributed magical powers) while he was in quarantine during a typhoid epidemic. Miraculously he emerged cured after a two-week vigil led by his followers.

Favourite movies to watch in isolation?
The short films of Edmund Yeo; poetic, subtle and perfect to watch at the end of the day.

Favourite meal in isolation?
Every Friday night we splurge for a very special Shabbat meal, it lifts our spirits up and helps mop up the mess of our anxious weekdays. We always eat the same thing; sustainably sourced fish. This spring I’ve been teaching Zev to fish in the plentiful lakes that surround Halifax. At the end of May we were surprised to catch a monsterous 15.5 inch brook trout. We had it that night for Shabbat dinner, accompanied by self-congratulatory toasts to our prowess as novice anglers.