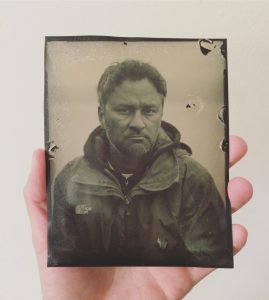 Terryll Loffler is a Canadian artist/filmmaker. Born and raised on the majestic landscape of Saskatchewan where he obtained his BFA from the University of Regina and his MFA at Concordia University in Montreal were he currently resides. His formal film and video work explores the conventions of cinematic genre and its motives and audience expectations. His work has screened internationally in festivals and galleries. He makes a living as a college professor, freelance director and DOP.

Where were you born, where did you grow up, where do you live now?
I was born in Whitewood, Saskatchewan. Grew up in Regina and I have been in Montreal for 17 years now.

First film you made, and where and when?
I made some home movies on 8mm when I was young, mostly BMX stuff. But my first real film was a 16mm found footage piece in my 2nd semester at University. I loved making that.

Latest film you made, and where and when?
I just finished before Covid a short fiction made entirely with a first time teenage crew and actors here in Montreal.

Describe your current living space.
I live in a modest home with my wife and three kids. It can get crazy but also wonderful. Never a dull moment.

What Canadian would you challenge to make an isolation movie?
Shane Eason.

In the history of cinema whose isolation movie would you want to see?
Dario Argento

Worst thing about being in isolation?
With five people in the house, there is no alone time.

Best thing about being in isolation?
Not being a slave to the clock. There is some freedom with quarantine.

Favourite book to read in isolation?
I don’t have a favorite book for isolation, but I have read two books in the last few months to try and keep my spirit up. Cruel Shoes by Steve Martin and The Essential Lenny Bruce.

Favourite music to listen to in isolation?
Hard to say, I am constantly listening to music. Lots of Willie Dixon right now, but my kids are dominating the player and they seem to have the Rad soundtrack and John Carpenter’s Anthology on repeat for the most part.

Favourite movies to watch in isolation?
Mostly 60’s, 70’s and early 80’s films. I forgot how ahead of its time The Incident was.