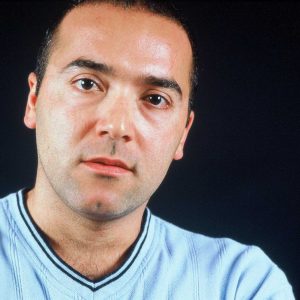 Born and raised in Iran, Asghar Massombagi immigrated to Vancouver in 1986. He graduated from film production and computer sciences at Simon Fraser University. Asghar’s films speak to  recurring themes of exile and ethnicity. His debut feature, Khaled (Canada’s Top Ten; Best Director Award Karlovy Vary; Toronto International Film Festival FIPRESCI Special Mention; and Jutra Award Special Mention), is the story of young boy so isolated that he dare not tell the world his mother is dead.
Other work includes the short The Miracle, the made-for-TV movie Rose and CTV’s Robson Arms. Upcoming features in development include the romantic comedy Edge of the World and psychological thrillers Nights Without End and Cold Eye.

I was born and grew up in Tehran, but have spent almost all my adult life in Canada, currently living in Vancouver.

Currently living and self-isolating in a condominium.

– the first film you made and where?

The first film I made was a short named The Miracle, shot it Vancouver.

The last film I made was also a short called Rose shot in Toronto.

The worst thing about isolation is sore low back followed by fear of weight gain.

The best thing about isolation may have been putting together this short film.

– whose isolation move would you want to see?

I would love to see the isolation film made by Robert Bresson.

Favourite music to listen to in isolation is Bach’s Goldberg Variations.

The book I have been reading recently is the Library of America’s Collected plays of Eugene O’Neil (read Camus’ The Plague almost 20 years ago, so nothing new there)

Favourite meal in isolation, the next meal (given the hustle to get good food).

The last best thing I cooked was walnut sauce with lamb and pomegranate paste.