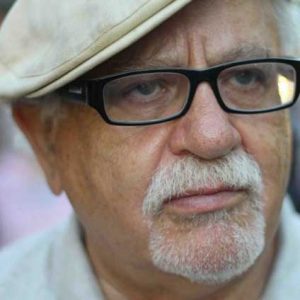 Larry Kent, the godfather of Canadian independent cinema, was born in South Africa in 1933, attended the University of British Columbia and has been based in Montreal for the last 40 years. His films include Sweet Substitute (64), High (67), The Hamster Cage (05), Hastings Street (07) and She Who Must Burn (15). He is the winner of multiple awards including Fantasia’s Best Canadian Film. Larry’s debut film The Bitter Ash (63) is on the Essential Works in Canadian Cinema list as one of the top 40 Canadian feature films of all time.

– In the history of cinema who’s isolation movie would you want to see?

Time to think and write

Seven Samurai, The Wages of Fear, Rifi, The Godfather