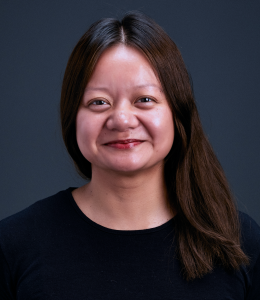 Leslie Supnet is a contemporary experimental filmmaker who creates media works that explore themes of loss, change and the passage of time. Using animation, live-action, found footage and material exploration, Supnet’s process is guided by lyricism and experimenting with analog and digital special effects. Leslie completed her MFA in Film at York University in 2016, and has previously taught at various artist-run centres in Canada, at OCAD University and through TIFF’s Reel Comfort program.

Where were you born, where did you grow up, where do you live now?
I was born in Winnipeg, and grew up here. I lived in Toronto for about 8 years in my 30s and then moved back to Winnipeg.

First film you made, and where and when?
Sometime in the 90s when my parents bought a Sharpe Viewcam after seeing Wayne Gretzky peddle one on TV!

Latest film you made, and where and when?
This one, made in Winnipeg end of July and early August.

Describe your current living space.
Cozy with my two loves, my husband Henning Frederik Malz and my beloved cat Cookie.

What Canadian would you challenge to make an isolation movie?
Thirza Cuthand.

In the history of cinema whose isolation movie would you want to see?
Bruce Bickford.

Worst thing about being in isolation?
Having time to think.

Best thing about being in isolation?
Having time to think.