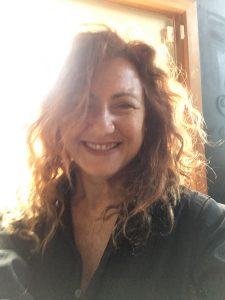 Valerie Buhagiar is an international award-winning actor and filmmaker. She first gained international recognition playing the leading roles in Bruce McDonald’s Highway 61 and Roadkill. She has been a host for The Showcase Revue and has appeared as a guest star in various T.V. episodics and several Independent features. The Passion of Rita Camilleri was Valerie’s writing, directing and producing debut. The film won several international prizes. Valerie went on to make 15 award winning short films. The Karlovy Vary Film Festival held a retrospective of Valerie’s work as an actor and a filmmaker. Valerie is presently in post-production for her third feature film Carmen. It’s a Malta/Canada co-production, shot in Malta. Her second feature film It’s Hard to Be Human, won best Canadian feature at The Female Eye Film Festival. Her first feature film, The Anniversary, won best narrative feature comedy at Cinequest. She is presently developing two feature films and two television episodics.

Where were you born, where did you grow up, where do you live now?
I was born in Malta. I grew up in the Junction in Toronto. I live not far from the Junction.

First film you made, and where and when?
As a writer/director/producer my first film was The Passion of Rita Camilleri. I made it in the Junction, Toronto in 1993.

Latest film you made, and where and when?
Carmen. I made it in Malta last summer. We’re still in post -production.

Describe your current living space.
It’s a small house that was built in 1895. I share it with my son but he’s away and so I’m alone here.

What Canadian would you challenge to make an isolation movie?
Don McKellar.

In the history of cinema whose isolation move would you want to see?
Federico Fellini’s

Worst thing about being in isolation?
Eating alone.

Best thing about being in isolation?
Not much has changed for me. But it’s a good excuse not to show up to things.

Favourite movies to watch in isolation?
Wings of Desire.